Christiaan was on his way to Italian camp, but as far as we know, never arrived. These photos give a good impression of the location. 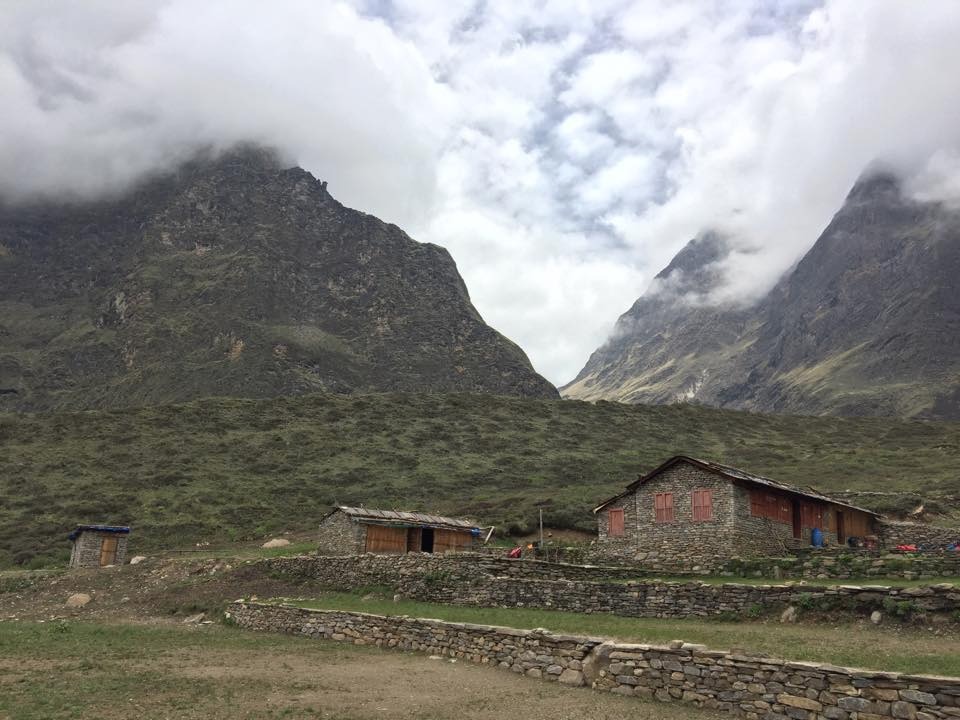 This video gives an impression of the terrain the search is taking place. The video is from the first flight Paul made from basecamp to Italian camp.

It’s almost 2 years ago since Christiaan left for his trip to Dhaulagiri mountain in the Himalayas, Nepal. Unfortunately he is still missing since May 16 2016.

Everyone has his own way to cope with the missing of Christiaan, with his own conclusions. What everybody has in common however, is the love for Christiaan, who has left such an unforgettable impression with so many people..

Looking forward: keep the search alive
It’s tough to keep the search alive when there are no specific ideas for new search operations. After such a long time it’s impossible to search for trails. We do hope that if something (like trails or gear) of Christiaan will be found, the local people or trekkers will link it to Christiaan. And that we of course hear of it. There will be people passing through the area in the trekking seasons. We want to make sure that everybody there knows about the missing of Christiaan. We will spread a document with his photo, information and gearlist to different places in the area such as the police station in Beni and Italian Camp on the Dhaulagiri Mountain. He is also mentioned at www.missingtrekker.com.

Want to help us?
Do you want to help us spread the information about Christiaan in the area or do you have other tips, please let us know through the contact page.

Search will continue, crowdfunding has been resumed

The past couple of weeks we’ve researched how we can continue looking for Christiaan. After being advised by several parties (among others Signi and forensic expert Frank van de Goot) we are sure that the best way to find Christiaan is by starting to search with dogs. We’ve decided to follow this path and we’re researching the possibilities which different parties can offer us.
The search will be prepared the next couple of days and will be implemented at the beginning of November. A group of Dutch friends will travel to Nepal to assist with the search. This time a camera crew from a national broadcaster will also travel with the group to make a portrait of Christiaan.

We really hope and pray that Christiaan is still alive and being taken care of in a cloister or alive in some other way which we don’t know anything about yet. However, with this search we choose to research the most plausible cause, which is a fatal accident on the gletsjer while returning to the Italian camp. We hope to find Christiaan and to discover what has happened.

There is some urgency because the time window to succesfully perform a search is limited. The trekking season has opened again. The chance that the first snow will start to fall in November is quite big, which means that the search will become more dangerous. This gives us a few weeks from now until the first week of November to carry out a succesfull search.

When we started the first search we were very impressed with the involvement of so many friends, acquaintances and colleagues who’ve made sure that the first search was feasible through the crowdfunding act. We’re happy that from a part of that donated money we can also pay for a large part of the costs. To make the search more realistic we’ve however had to increase the target amount with about 11.000 euros to 73.000 euroes.

With a donation you make it possible to create favorable circumstances for the search dogs. Think about good transportation through helicopters and a search period of about 4 to 5 days. The Dutch friens who are joining will pay for their own flight, but we want to support them in costs for staying their and communication costs. For an overview of the costs we direct you to the donate page.

We’re very happy for all the different ways you show your support, even when it has been more quiet the past period. The next period we will try to keep you updated as much as possible through the website. We hope you keep praying for Christiaan’s family and for this period of the new safe search where we hope to find Christiaan.