Search is getting harder due to rain 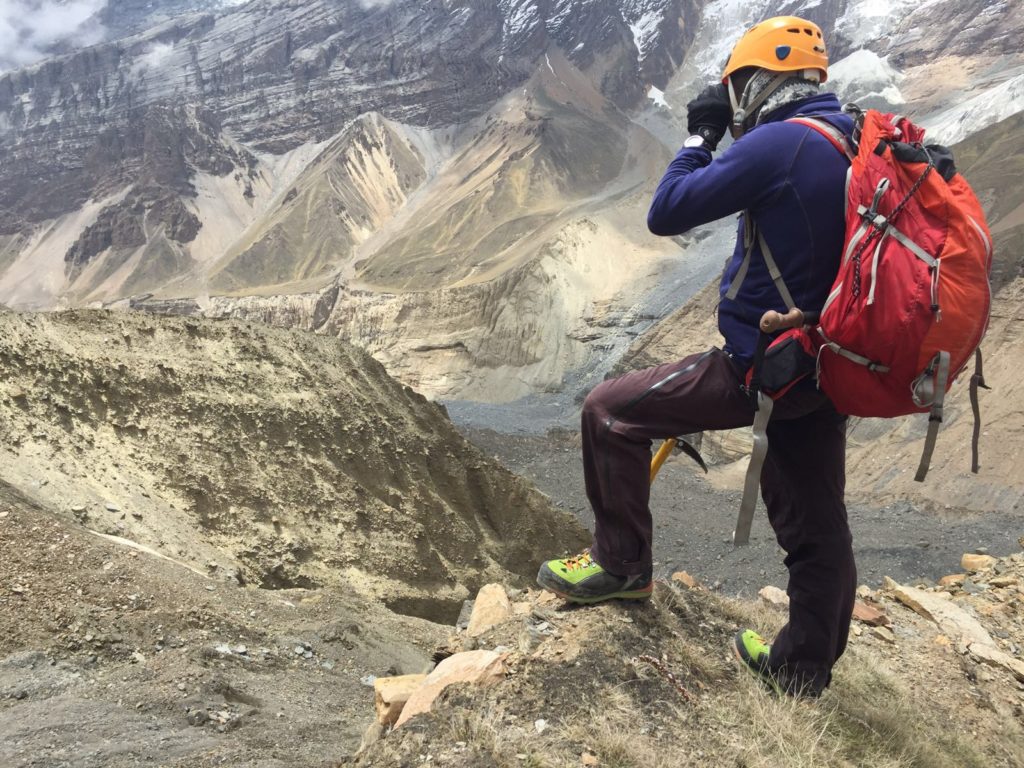 Paul and Pemba have been searching the area between Basecamp and Italian camp during the last few days. Unfortunately it’s getting more dangerous because of the continuing rain. In the video below you can see how the river has grown.

The search and rescue dogteam searched intensively during the last few days. The dogs are exhausted and need rest. They got to Bagar. it´snot likely that Christiaan is between Italian camp and Bagar. The team will focus on the area between Basecamp and Italian camp. The dogs need to go up the mountain again. Unfortunately the weather is too cloudy / rainy for a helicopterflight. The dogs need to be picked up and get new supplies of food. it would be best to do this as early as possible in the morning, so the change for clouds is as less as possible. Felix, Ben and John are in Pokhara and willmake further plans with the Nepalese leader of the team.

We’ve received a message from Felix, John and Ben that they arrived safely in Kathmandu. They will continue their journey tomorrow. Their main task is to help to search in the area of Jomsom and Pokhara. The team will not travel into the mountain area, but will focus on scenarios in which Christiaan is already somewhere outside the mountain area.

Search by air, Pemba and Paul together

This morning a new search by air took place. Ruben flew along with the flight. The extra flight was made possible by (a part) of the generous donations we got. Ruben gives us the following update:

“The weather was good this morning. We flew from Pokhara. Just before we wanted to get up in the air, Paul called that it was too cloudy, but when we got there we could clearly see Paul and Italian camp and landed safely. We’ve had a short contact and decided that Paul and Pemba would fly to Basecamp.

3 man searched the Hidden valley from the helicopter. We landed nearby a tent, but they were climbers who had just arrived.

Paul is making plans with Pemba what they will do the upcomming days. It’s good to know good people are searching on the mountain. I spotted the dogteam by air. I expect them to reach Bogar.” 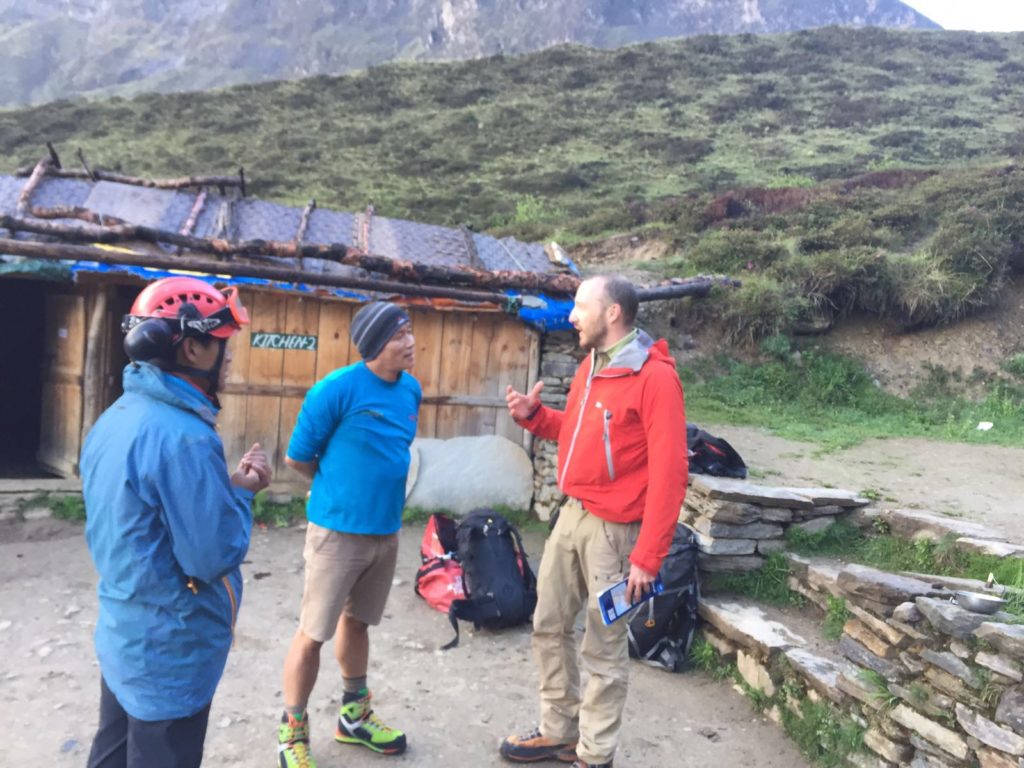 Paul and Pemba are together

Paul searched for Christiaan by foot during the last few days. See the video for his personal update. (Dutch)

The photos give a good idea of the terrain. 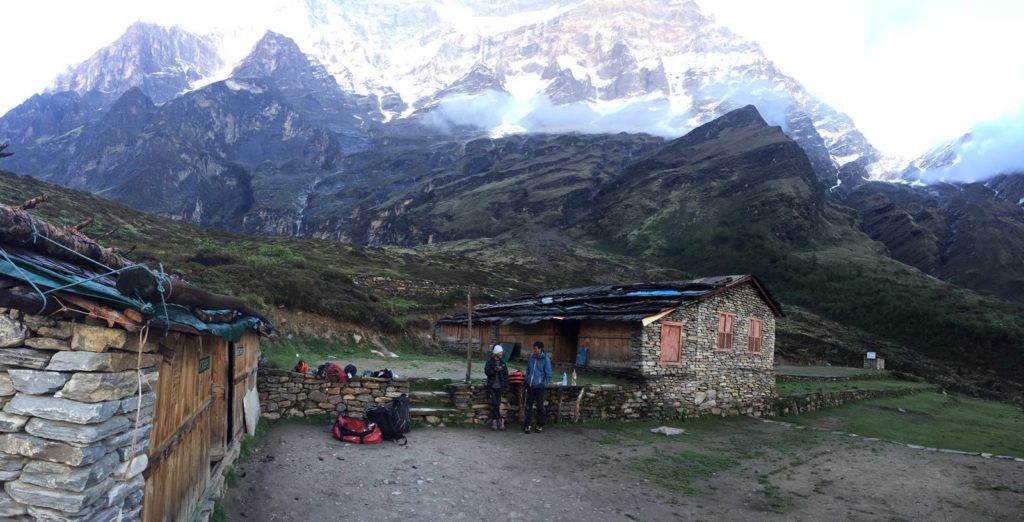 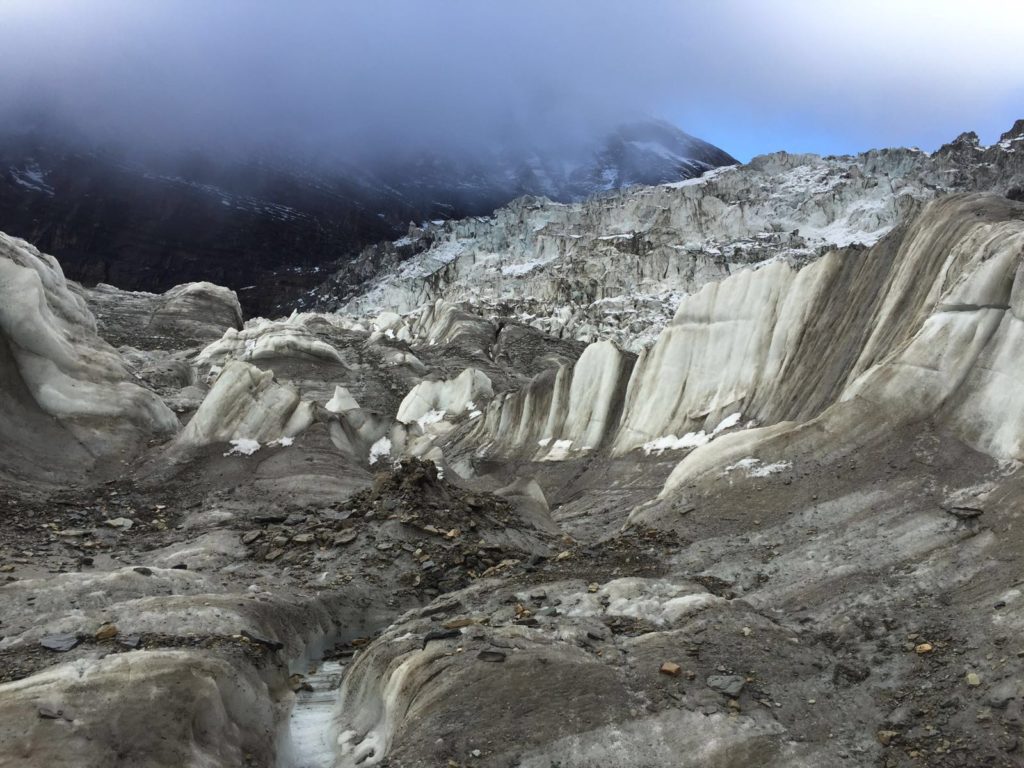 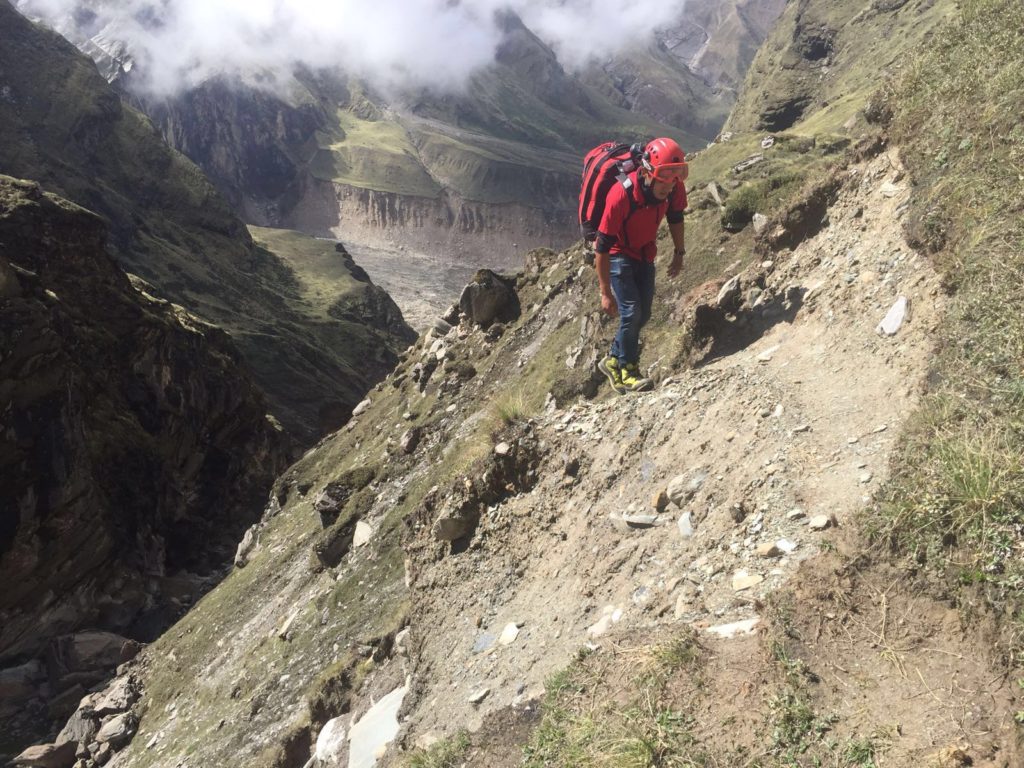